The excavations conducted by Graham and Pendergast in 1989 indicate that initial occupation of the site located on Ambergris Caye occurred about 2,100 years ago, during the late Preclassic period. From then, the site appears to have been continuously inhabited until roughly 1500 CE, at which time it was abruptly abandoned. The peak period of occupation at the site was during the Postclassic period, from about 1200 to 1400 CE.

The Maya inhabitants are believed to have been predominantly fisher-folk and later, during the late Classic period (from about 800–500 CE), involved in intensive salt production. Evidence suggests that, during this period, the inhabitants of Marco Gonzalez traded extensively with other Maya sites. The abundant pottery that litters the site is made from mixtures of clay and quartz; since there is no available source of these materials on Ambergris Caye, they (or perhaps even the pots themselves) must have been brought to the site from overseas. Other artifacts at the site, such as chert and flint tools and other granite artifacts, minor jade and obsidian, were also obviously imported from elsewhere since the materials have no natural source anywhere on Ambergris Caye. The site’s setting on the tip of the island may have given it a strategic position on maritime trade routes that existed at the time 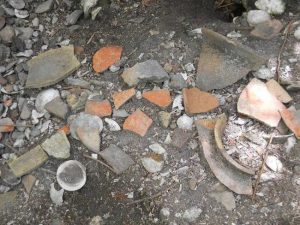 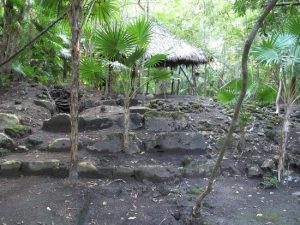