Located in Orange Walk Belize, Nohmul was occupied initially during the Preclassic period from 350 BC to 250 AD. By the 5th century, monumental construction at the site had ceased and the site seems to have been largely abandoned. Some centuries later, Nohmul was reoccupied and large-scale building resumed, with maximal activity seen during the Late Classic period 7th–10th centuries. The site was densely developed and occupied into the 12th century.

Built above the Rio Hondo River to control the region’s trade routes, the site was occupied for centuries. At its height, it was the seat of government for an area spanning approximately 8 square miles. Later pre-Columbian residents built structures mimicking the northern Yuxcan builings over those erected in the Classic period. Some of these more recent constructions covered the front of older stairways. These newer constructions include one that resembles El Caracol, Chichen Itza in Chichén Itzá. These later constructions are evidence supporting the theory that outsiders from the Yucatán settled in Nohmul. 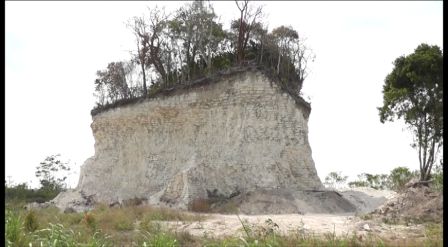