Nohoch Che’en, also commonly known as Caves Branch, is an archaeological reserve northwest of Belmopan, consisting of a network of limestone caves.The Caves Branch Cave is one of several subterranean sites that were carved out of the limestone foothills of the Maya Mountains by the very active Caves Branch River. Belize is unique in that it has the largest cave system in Central America and the Cave’s Branch is part of this natural pronominal, most as yet unexplored or mapped. Geological research informs us that the cave took several hundred thousand years to form. Archaeological investigations and findings suggest that the ancient Mayans visited the site to conduct important ceremonies and  rituals. 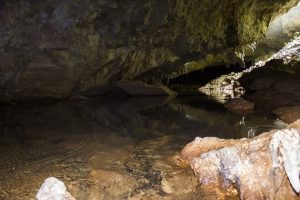 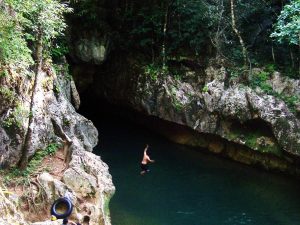