Pusilhá is an archaeological site in Belize. The location of this Late Classic Maya urban complex along the east and west flow of trade afford archaeologist a historical view of a secondary Maya site. Continuing excavation has changed the overall picture of Maya social and political relationships between larger and smaller cities. The research conducted at Pusilhá began at the beginning of the 20th century and continues to this day. Pusilhá has a series of confirmed occupation date. It is known through ceramic analysis that this site is dateable to the late classic. A stelae found on site indicates a late classic occupation. According to Braswell, the current excavator of the site, “Stela P begins with the initial series date of 9.7.0.0.0 and contains a historical retrospective date of 9.6.17.8.18 (A.D. 570), implying that the kingdom was founded shortly before the beginning of the Late Classic period”. He does state that excavations from surrounding residential areas away from the complexes center seem to indicate an early classic occupation but additional excavation is required to confirm this for the rest of the site. Transitions in ceramics, burials and construction coupled with the usual cessation of inscriptions on stelae indicate continued occupation at Pusilhá through to the post classic. The last official date, which is a calendar round date, occurs at 9.18.7.10.3, or A. D. 798 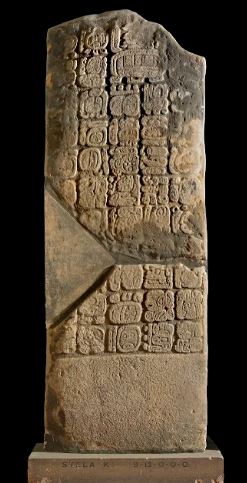