The Terminal Classic Period is characterized by drastic changes in the mayan lowlands with little construction and a rapid decline in population followed by the  abandonment of most large centres. These events have been associated with the decline of mayan civilization.

No universally accepted theory explains this collapse, but it is likely to have resulted from a combination of causes, including widespread civil warfare, overpopulation  and drought. During this period, known as the Terminal Classic, the northern cities of Chichen Itza and Uxmal show increased activity. Major cities in the northern Yucatán Peninsula continued to be inhabited long after the cities of the southern lowlands ceased to raise monuments.

There is evidence that the Mayan population exceeded the carrying capacity of the environment, resulting in depleted agricultural resources, deforestation, and over hunting of large animals, coupled with a 200-year long drought which appears to have occurred around the same period. Classic Mayan social organization was based upon the ritual authority of the ruler, rather than central control of trade and food distribution. This model of ruler-ship was poorly structured to respond to changes, with the ruler’s freedom of action being limited to traditional responses. The rulers acted in their culturally-bound manner, by intensifying such activities as construction, ritual, and warfare. This was counterproductive and only served to exacerbate systemic problems. By the late 8th century, rampant warfare had engulfed the Petexbatún region of Petén, resulting in the abandonment of major cities. One by one, many once-great cities stopped sculpting dated monuments and were abandoned. Mesoamerican trade routes shifted and bypassed Petén.

Within a couple of generations, large swathes of the central Maya area were all but abandoned. Relatively rapid collapse affected portions of the southern Maya area that included the southern Yucatán Peninsula, northern Chiapas and Guatemala, and the area around Copán in Honduras. The largest cities had populations numbering 50,000 to 120,000 and were linked to networks of subsidiary sites. By the 9th and 10th centuries, this resulted in collapse of the system of rulership based around the divine power of the ruling lord. In the northern Yucatán, individual rule was replaced by a ruling council formed from elite lineages. In the southern Yucatán and central Petén, kingdoms generally declined; in western Petén and some other areas, the changes were catastrophic and resulted in the rapid depopulation of cities.  Both the capitals and their secondary centres were generally abandoned within a period of 50 to 100 years. 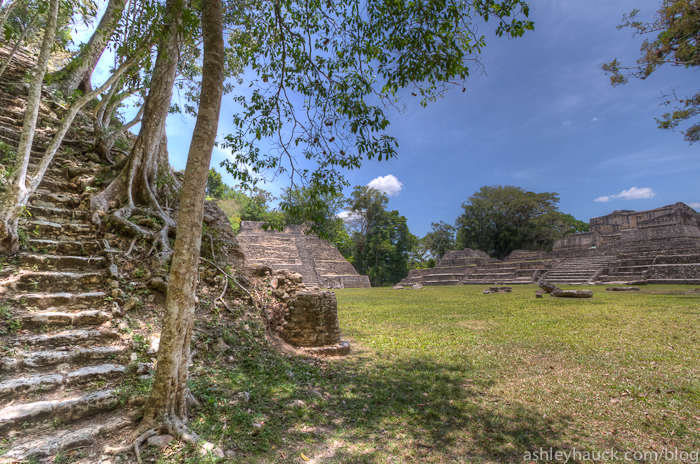